Welcome to the offical website of Atekon Automation Technology Co.,Ltd

Urban underground pipelines refer to pipelines and ancillary facilities such as water supply, drainage, gas, heat, electricity, communication, radio and television, and industry within the city limits. It is an important infrastructure and "lifeline" to ensure the operation of cities. In recent years, with the rapid development of cities, problems such as insufficient scale of underground pipeline construction and low management level have emerged. Some cities have successively suffered heavy rains and waterlogging, pipeline leaks and explosions, and road collapses, which have seriously affected the safety of the people’s lives and property and the urban operation order. The average underground pipeline accident reported only by the media in the country is as high as 5.6 per day, and the direct economic loss caused by road excavation is as high as 200 billion yuan every year.

The traditional urban underground pipelines are laid in the shallow space of the road as political land. The expansion and expansion of the pipeline not only caused the "pull link" phenomenon, but also caused frequent pipeline accidents, which greatly affected the safe operation of the city. At present, my country's urbanization process is very rapid. In order to improve the level of pipeline construction and ensure the safe operation of municipal pipelines, it is necessary to adopt a new pipeline laying method-a comprehensive pipeline corridor.

The integrated pipe corridor project refers to the construction of a municipal shared tunnel under the city road, which integrates various municipal pipelines such as electricity, communications, water supply, and gas. Implement "unified planning, unified construction, and unified management" to achieve the comprehensive utilization of underground space and the sharing of resources.

The integrated pipe corridor automatic control system is a new direction of urban infrastructure construction and development, and one of the important forms of urban underground space development. As an intensive and sustainable pipeline laying method, it can comprehensively determine the location of urban engineering pipelines on the urban ground and underground spaces through the rational use of urban land. To avoid mutual interference between engineering pipelines and related buildings, it provides a basis for the planning and management of various pipeline projects. Integrating urban infrastructure control into one system facilitates centralized real-time monitoring, management, maintenance, and daily maintenance. It improves the efficiency of city management, reduces the huge waste of manpower, financial resources, and material resources, and promotes the continuous development of cities in the direction of modernization and intelligence. 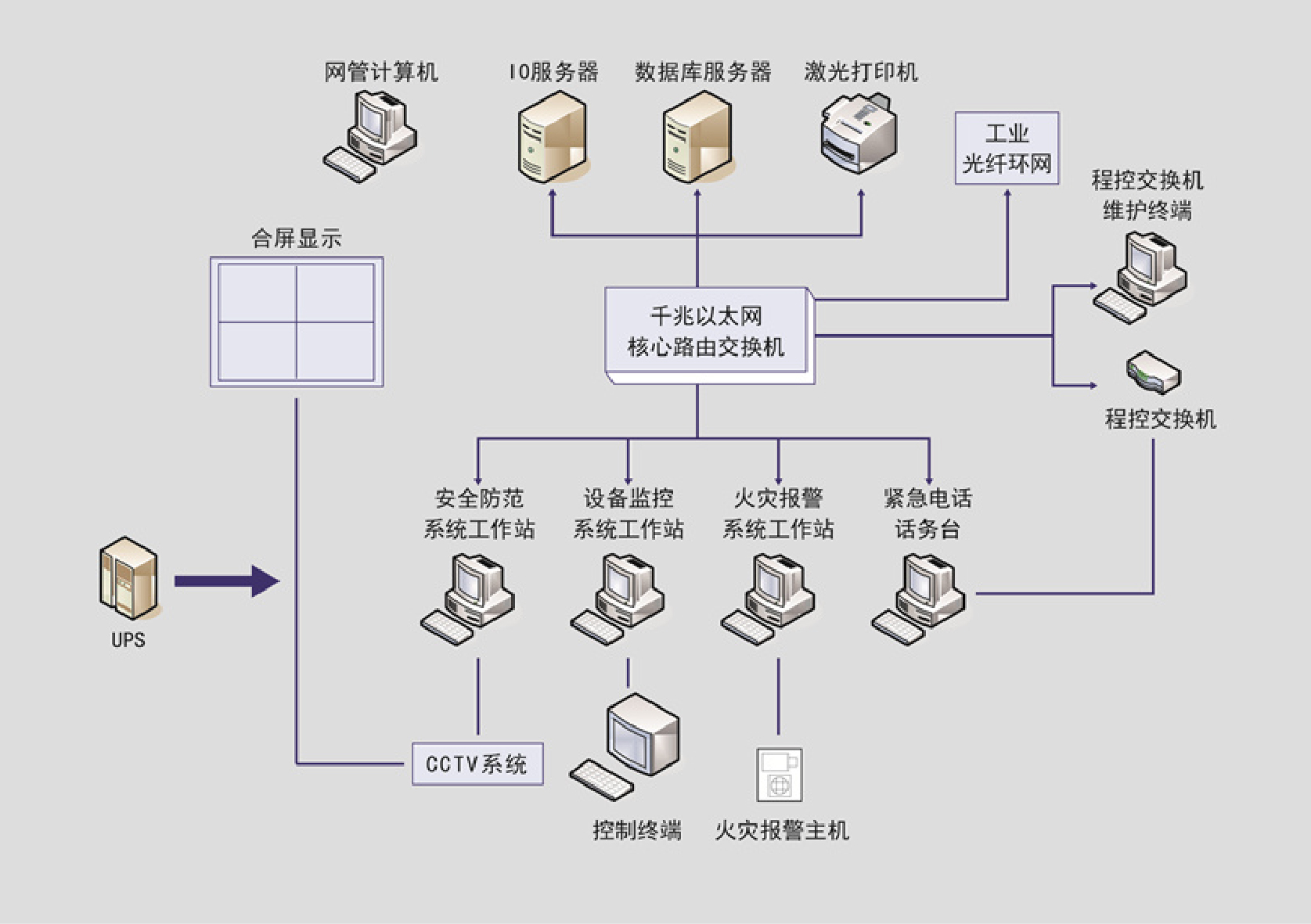 The main functions realized by the control station:

Check the working status and equipment status of pumps and fans. According to the real-time detection values of oxygen, temperature and humidity in the fire zone, the fans are controlled and the working status of the fans is detected. According to the liquid level of the water pit, the control of the pump is realized; the parameters of oxygen, temperature and humidity, carbon monoxide, liquid level and so on in each fire protection zone are monitored in real time. On-site controllable equipment can be controlled by the operator through the local box, but can also be handed over to the PLC for automatic control. The operation terminal serves as the on-site human-machine interface. The operator can complete the control of the related equipment by the PLC through the operation of the buttons on the operation panel. The operator also modifies the setting of related parameters by operating on the operation panel.

Scan the QR code to read on your phone